Learning difficulties and being ungrounded

Posted on November 4, 2018 by olivehickmott 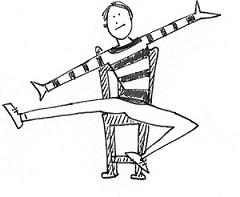 In short, being un-grounded is akin to driving a bus whilst sitting on the roof; exciting but not exactly effective!

As any school teacher would agree, learning is impossible without focus, concentration and creating an effective learning state.  What most schoolteachers will not know, however, is that the ability to “ground” oneself is a major contributor to learning difficulties, especially for a neurodivergent mind.  Though some people find it easy to be naturally grounded, others need to work at getting into that state.

A common expression, as you may have heard, is “being in a bit of a state”.  A state can be thought of as a snapshot of how you are at any particular time.  Most people can recall the state of being confused, overwhelmed, unable to focus, having too much stuff going on in or around your head.  In simple terms, this is an “un-grounded” state.  In fact, many SpLD symptoms are related to being ungrounded, some of which might sound familiar to you: 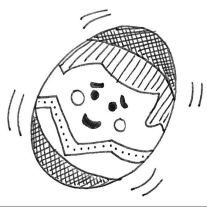 This is an extract from Bridges to Success – How to Transform Learning Difficulties, available in physical form or on Kindle at
http://www.tiahl.org/new-perspectives-books-and-cds/

[i] Weebles is a trademark for several lines of children’s roly-poly toys originating in Hasbro‘s Playskool division on July 23, 1971.  Shaped like eggs with a weight at the fat, or bottom end, they wobble when pushed, but never fall completely over.

I am a Forensic Learning coach, showing people how they can improve their own learning and change their health. Working with creative neurodivergent students is a joy, as they learn new skills to overcome many of their learning challenges.
View all posts by olivehickmott →
This entry was posted in Uncategorized. Bookmark the permalink.