Posted on September 2, 2015 by olivehickmott 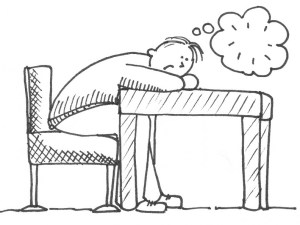 ars ago, Olive Hickmott was approached by David Apparicio and Jackie Hewitt-Main separately, two entrepreneurs, whom had a passion for working with offenders in custody to give them a second chance in life. This is a brief review of the impact of their work and how Empowering LearningTM influenced their programmes.

Both had a vision to develop a holistic programme to be delivered in prisons
– David’s came from his experience as a magistrate who could see the potential in offenders, whilst Jackie’s’ was through her own challenges with Dyslexia and ADHD, her sons brain injury and being able to identify with offenders personal struggles. They identified the challenges facing offenders of low self-esteem, virtually no self-belief which led to a rigid fixed mindset and the majority struggling with numeracy and literacy, often as result of undiagnosed struggles with traditional learning and mental illness.

David, initially interested in Olive’s work on literacy, found her conceptual approach to the whole person and her techniques particularly around energetic NLP and visualisation to be powerful tools in unlocking mindsets of offenders. David brought together in his Chrysalis programme a range of management principles around leadership and incorporated Olive’s concepts.

The Chrysalis programme focus is on inspiring offenders to have goals, develop self-belief and to give them the techniques or route map to access their own talents to change their behaviour and fundamentally develop a growth mindset. Olive’s work, known as Empowering LearningTM, is around working with individuals to focus on their own abilities or talents and enabling them to use visualisation to create a new belief that they can change their life, has been the foundation of the programme. David has explored the neuroscience of trauma in formative years (which often offenders have experienced), whereby the brain development is significantly reduced and operates on rigid pathways. David’s programme utilising Olive’s techniques interrupts this pathway and retrains the brain in how to think. Once this foundation is established he builds on this by introducing leadership based techniques and being an inspirational speaker himself ignites motivation to change and stimulates self- belief.

Jackie’s creation of the Cascade Foundation also focuses on the whole person and her interest was around Olive’s work again on visualisation and numeracy and literacy skills. These techniques have been incorporated into the programme. Jackie’s real success has been around linking custody to the community and offering after-custody support to ex-offenders. Key has been Jackie’s ability to inspire individuals and always believing in each offender on her programme.

Both programmes are recognised as leaders in rehabilitation  as, at the core, is the change in mindset of each individual which ignites  strong  self-belief, leading to self- esteem and only then individuals are ready to learn anything.

Olive Hickmott (olive@empoweringlearning.co.uk) is open to other opportunities to offer these new skills to jumpstart literacy and numeracy, using mental imagery to other prisons and ex-offender groups.  They can dramatically improve diagnosed Dyslexia, Dyscalculia, Dysgraphia, Dyspraxia ADHD, Asperger’s and Autism.

I am a Forensic Learning coach, showing people how they can improve their own learning and change their health. Working with creative neurodivergent students is a joy, as they learn new skills to overcome many of their learning challenges.
View all posts by olivehickmott →
This entry was posted in Uncategorized and tagged ADHD, Autism, cascade foundation, chrysalis, David Apparicio, dyslexia, Empowering Learning, Jackie Hewitt-Main, mental illness, offender, rehabilitation. Bookmark the permalink.